I don’t know if I’ve ever listened to a sushi roll before. But after biting into a hand roll at Sukeban filled with crab, rice and little else, I tuned my ear to the next bite. There it was again, the audible crunch as my teeth sliced through the whispery-crisp nori wrapper of the hand roll.

By the fourth and final bite, the texture had already softened, interacting with my hands and the ingredients inside. But then it was on to the next hand roll, and again that opening crunch.

This was a meal that included one hand roll with the intense marine umami of uni (sea urchin) paired with the bright bounce and pop of salmon roe. Another had toro, that softly luscious cut of tuna belly.

And yet for both it was the very first ingredient of the hand roll that set them apart – the nori, the seaweed wrapper, a component that ostensibly is there simply to hold a sushi roll together.

The quality and handling of this ingredient give a indicative first impression of Sukeban. It’s sourced from Japan’s Ariake Sea, renowned for the quality of its nori. It looks like the color of the sea at night, black as squid ink with a ripple of iridescence. It tastes salty-crisp, subtly toasty and in harmony with the seafood and rice inside, a balanced whole, repeated four bites at a time with the next roll.

Sukeban opened earlier this month on Oak Street. It is an izakaya – that is, a Japanese-style tavern. You will not find the familiar, lengthy menu of sushi rolls and Japanese restaurant staples, but rather a small selection of temaki (a.k.a. hand rolls) with a few side dishes and daily specials, like the recent Ora King salmon sashimi.

Hand rolls themselves are a picture of simplicity. They’re rolled by hand (rather than with a sushi mat) and handed over the counter as quickly as they’re assembled. You eat them by hand – there’s no point in trying to maneuver chopsticks with these. The appeal is in the casually elegant interplay of just a few well-chosen ingredients.

Sukeban accentuates all this with its single-minded focus on them. You’re here to taste what a chef’s attention to sourcing, treatment and presentation can do when distilled down to this level.

That chef is Jacqueline Blanchard. She made her name in the New Orleans restaurant scene as a supplier and trusted advisor on the prime tools of the trade.

She and business partner Brandt Cox started their knife store and culinary shop Coutelier in 2015 and it has become a hub for professional chefs and serious home cooks, people who see the value in knives that can cost hundreds of dollars and will perform through a career.

Before opening the store however, Blanchard herself was a chef working at the high end of modern American dining.

A native of south Louisiana, she cooked at the French Laundry and Bouchon in Napa Valley, Blue Hill at Stone Barns in New York and Benu in San Francisco, which was awarded three Michelin stars while she was sous chef. In New Orleans, she was executive sous chef at Restaurant August.

Cutting into the izakaya

Many of the knives stocked at Coutelier are from Japan, and Blanchard and Cox travel there frequently to meet the craftsmen behind the generations-old family businesses that produce these knives in the traditional way.

Visiting izakayas on these travels made an impression on Blanchard, which led to Sukeban.

“It’s that feeling you get when you walk into these little places and everything has been really well prepared,” Blanchard told me earlier. “It totally remolded what I envisioned for the restaurant I’d open, what I wanted.”

Every Thursday we give you the scoop on NOLA dining. Sign up today.

Sukeban means “boss girl” or “delinquent girl,” a term that came to rise through the “girl gangs” of Japan starting in the 1970s. Blanchard choose it because it also represents a whole subculture of rule breaking and independence.

The opening menu has seven hand rolls, changing specials and an assortment of side dishes from the izakaya tradition.

Crawfish dressed in spicy mayo bursts from one roll, shrimp and tiny tobiko roe fill another. The toro and the uni versions clearly are the marquee numbers; the sleeper hit is one of the two vegetarian rolls, the one with shiitakes cooked down to a caramelized texture with soy and mirin.

The side dishes do not scream for attention. This is deceptive.

The sliced cucumbers are served with a swirl of golden shiro miso with the texture of butter and a delicately sweet taste.

The potato salad is creamy and chunky with pickled carrots, lashed with dashi and ginger, and transformed by a topping of niboshi, or tiny sardines that are essentially candied in sesame oil to deliver sticky bursts of flavor.

Blanchard calls Sukeban a bar, though this is a bar for eating. The 16-seat bar is first come, first served; there’s one six-top table open for reservations.

Like the food menu, the drinks list is short and focused. An orange wine from Spain in rotation one night was a good match for the richness of the seafood.

The sake we tried, the Maboroshi junmai ginjo, was dry, light, apple-crisp and a contender to convince a dedicated wine lover to pair with sake instead.

Order a sake bottle and Blanchard might walk you through the tradition of the masu cup too. That entails placing a glass inside a low cedar box, filling that glass to overflowing and then leaving you to lean in and slurp a bit off the top before shooting the overflow direct from the box.

Watch, learn, say “kanpai” (cheers), then repeat. Eventually Sukeban does indeed start to feel more like a drinking bar too.

Ian McNulty: Cafe Degas is New Orleans’ most French place, and that goes beyond the food

Maybe you can drive past a restaurant called 8 Fresh Food Assassin without wondering what it’s all about. I cannot. Pulling over to find out f… 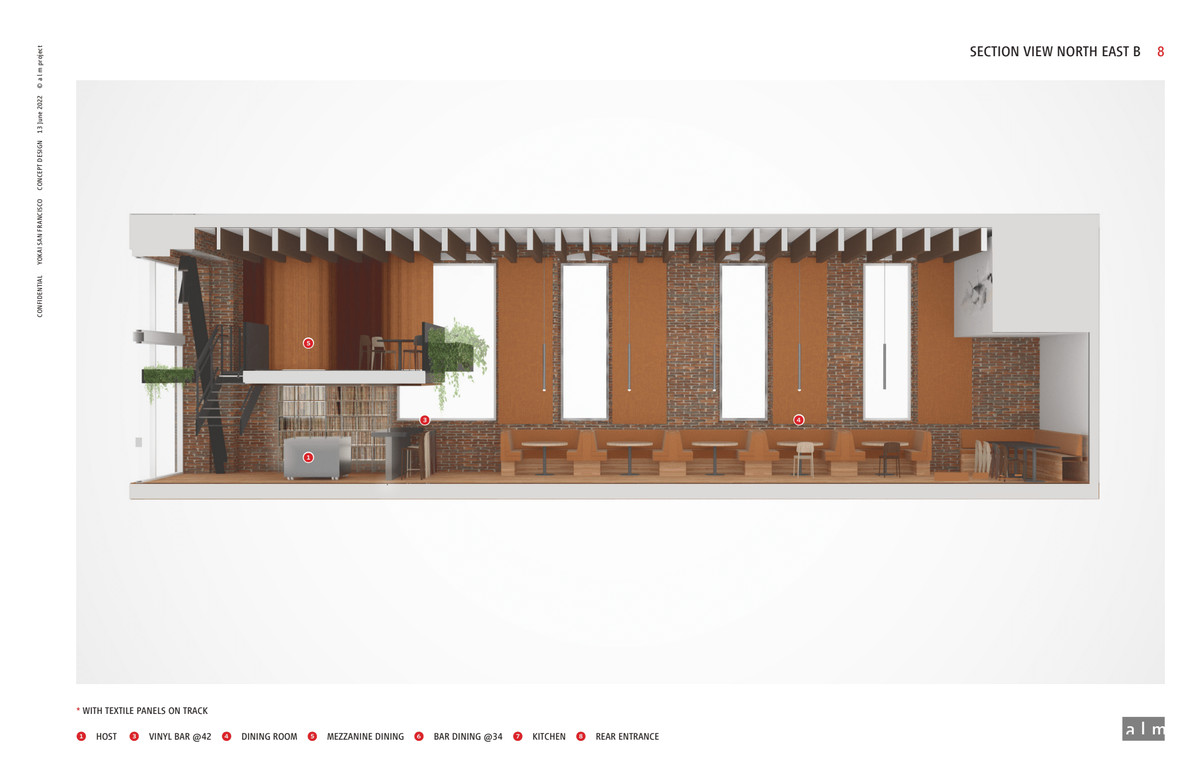